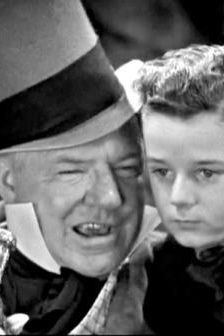 Director, actor, writer, musician Cory McAbee (The American Astronaut) guest curates this film presentation tonight of David Copperfield. McAbee joins us in person to introduce this film.
We are taking advantage of Cory McAbee's brief return to Colorado (he was invited to speak to an Intro to Film class) for a bonus IFS screening. I told Cory to pick any film he'd like to guest curate (secretly hoping he'd go for Paul Mazurky's HARRY AND TONTO, as I know he's a fan). Instead, he surprised me by picking George Cukor's DAVID COPPERFIELD (1935). The always energetic and multi-talented McAbee is excited to talk about why this film still rings true and timely.