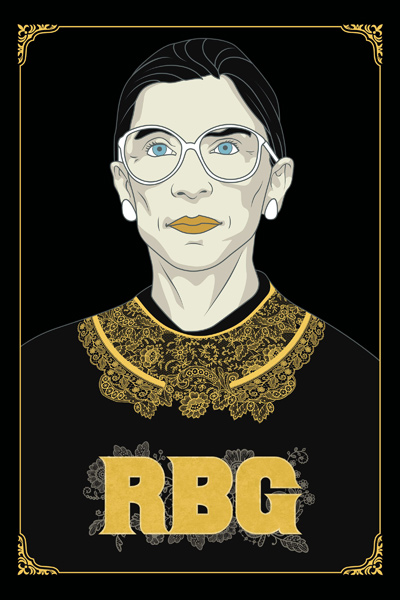 In the film, Ginsburg is described repeatedly by those who know her as quiet and reserved, but she was fiercely determined from an early age and, in the late fifties, was one of only nine women in a class of several hundred at Harvard Law School. (The dean accused those women of taking seats that should have gone to men.)

When she graduated, no New York City law firm would hire her, because she was a woman—something they admitted openly. But Ginsburg's husband, Marty, recognized her potential early on; the film is as much a romance about the two of them, and how they repeatedly fought for one another, as it is about the changing legal landscape. Even now, at eighty-five, Ginsburg's mind seems perfectly intact. She works out regularly with a trainer and pledges to serve as long as she can do the job "full steam"—that is, work until 4 a.m. most mornings, per her routine. I left the theatre informed, inspired, and eager to go to sleep at a normal hour.