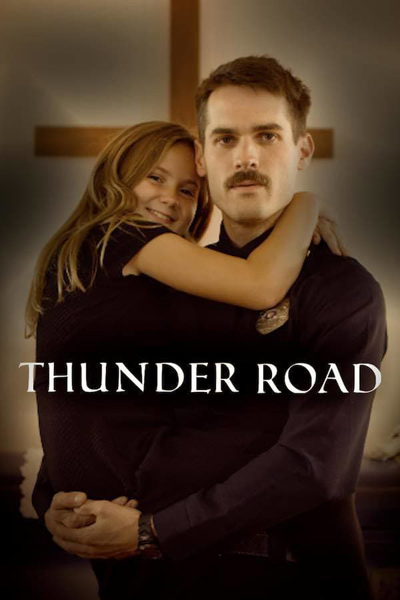 When it played the festival circuit in 2016 (winning Jury prizes at Sundance and practically everywhere else), Jim Cummings' 13-minute short Thunder Road was hard to forget — a deeply strange, yet funny, knot of grief and apology built around a heartbreakingly awkward dance-and-lip-sync performance of Bruce Springsteen's song. Conceived as one continuous shot among mourners at a funeral, it was perfectly complete despite raising many questions about the lives lived outside that room — especially the life of the policeman (Cummings) delivering that lip-sync tribute to his dead mother.

Back now with a weird and moving feature adaptation, Cummings follows that cop out into the rest of his life, where this is not the only kind of loss he's trying, unsuccessfully, to cope with. Driven by Cummings' transfixingly vulnerable performance, the movie not only justifies returning to the source: Shockingly, it does so without even using the device that seemed key to the short's success.

The movie has [plenty of] gut-punches in store for Jim, pushing him toward an abrupt identification with the speaker in the Springsteen song that haunts him. Abandoned by those who should care, desperate to escape, he begs an apprehensive girl to believe in him just enough to let him drive them toward something better.