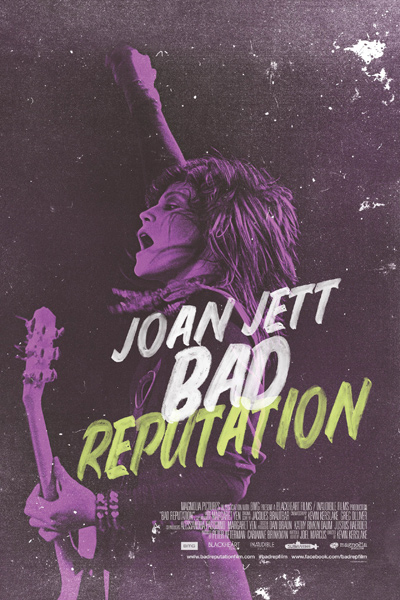 Joan Jett is so much more than “I Love Rock ’n’ Roll.” It’s true, she became mega-famous from the number-one hit, and that fame intensified with the music video’s endless play on MTV. But that staple of popularity can’t properly define a musician. Jett put her hard work in long before the fame, ripping it up onstage as the backbone of the hard rock legends The Runaways, influencing many musicians—both her cohort of punk rockers and generations of younger bands—with her no-bullshit style. Bad Reputation gives you a wild ride as Jett and her close friends tell you how it really was in the burgeoning ’70s punk scene, and their interviews are laced with amazing archival footage. The theme is clear: even though people tried to define Jett and keep her stuck to one hit, she never compromised. She will kick your ass, and you’ll love her all the more for it.