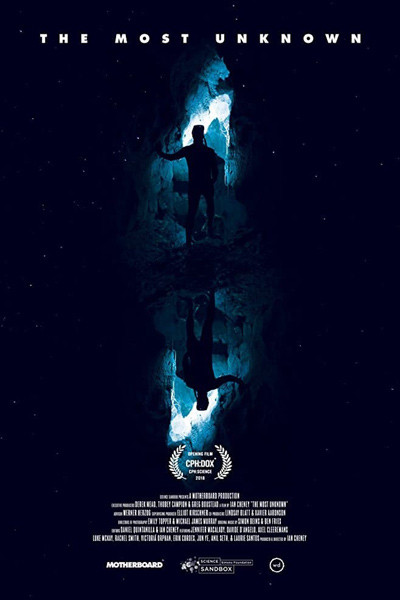 You walk out of “The Most Unknown” knowing a little more than you did, and with the sense there’s so much more you don’t. It’s a mystifying feeling, and a good reason to see this documentary that extols the wonders of science and of all that’s yet to discover.

The film begins deep underground as Jennifer Macalady, an American geomicrobiologist, explores simple life-forms found in the Frasassi Caves in Italy. As part of the documentary’s plan she travels to visit a scientist she has never met, who studies a discipline she is unfamiliar with — Davide D’Angelo, an Italian physicist researching dark matter — to discuss some of his work and how their fields may overlap.

Mr. D’Angelo then goes to call on Axel Cleeremans, a Belgian professor of cognitive psychology, who later travels to see yet another researcher. The meetings continue, like a “La Ronde” of intellectuals, until we hear from nine scientists in fields including astronomy and neuroscience.

“The Most Unknown” works best as inspiration to delve deeper into these disciplines, and as a celebration of science. And when the film comes up short it still functions like an intriguing experiment: It doesn’t have to be entirely successful for you to learn something.

Free admission to anyone with a Buff One card