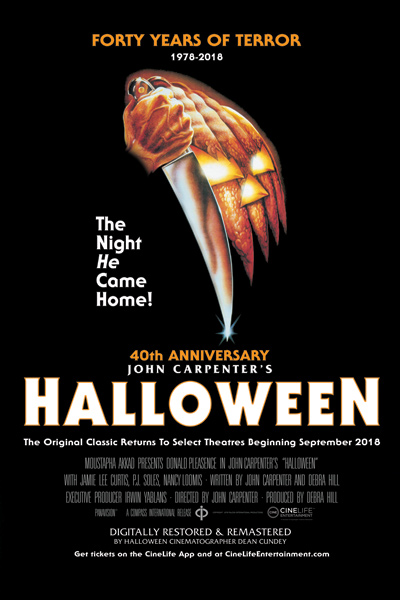 The clip opens by setting the backstory, establishing how “the Shape” – who murdered three teenagers on Halloween 1978 – was shot by his own psychiatrist, taken into custody and sent off for four decades in a psychiatric hospital. Investigators arrive to meet Myers, and when they hold up his terrifying mask, cackling patients and howling dogs create an unsettling din.

Green’s reboot ignores the handful of Halloween sequels from the past four 40 years (including the reveal that Myers and Strode are siblings), instead serving as a direct sequel to the 1978 original. The trailer playfully winks to this fact, with Strode’s granddaughter Allyson (Andi Matichak) dismissing the brother-sister narrative as “something that people made up.”

After revealing that Myers has escaped from the asylum just in time for Halloween, the clip builds tension with a handful of well-timed jump scares and brooding dialogue. “Do you know that I prayed every night that he would escape?” Strode warns. “So I can kill him.”