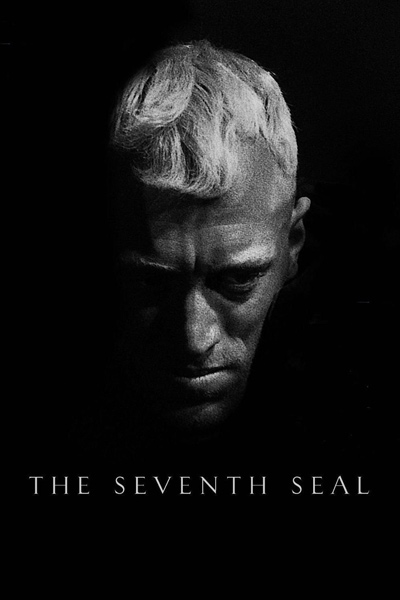 Beset by doubts as to the meaning of life and religion, a knight and his squire return from a 14th century Crusade and find all of Sweden in the death throes of the Black Plague. When suddenly confronted by Death, the knight begs for a respite and proposes a game of chess. Death agrees and as the game progresses the knight and his squire are permitted to go forth into the land. After witnessing the evil and corruption of people living in the fear of Death, they happen upon a little family of strolling players who have somehow retained their joy of living.

An uncommon and fascinating film… This initially mystifying drama… turns out to be a piercing and powerful contemplation of the passage of man upon this earth. Essentially intellectual, yet emotionally stimulating, too, it is as tough- and rewarding- a screen challenge as the moviegoer has had to face this year… Provocative picture, filled with intimations… For instance, it could be that Mr. Bergman means the plague to represent all mortal fears of threats beyond likely containment that hang over modern man. Certainly, there can be little question what he means when he shows the piteous herds of anguished and self-tormenting people driven by soldiers and priests. But the profundities of the ideas are lightened and made flexible by flowing pictorial presentation of action that is interesting and strong. Mr. Bergman uses his camera and actors for sharp, realistic effects… And his actors are excellent.