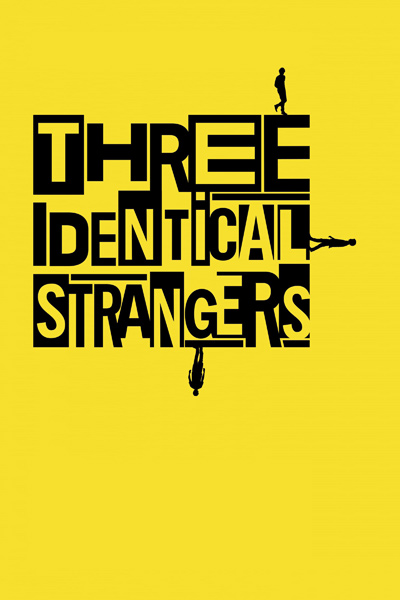 ‘Three Identical Strangers’ tells a remarkable story. In fact, it tells several. It’s already extraordinary 20 minutes in, and then it goes to unexpected and yet more amazing places, like a narrative feature by a master storyteller.

But this is a documentary. Specifically, it’s about three young men in the New York area who made it into their college years without knowing that they were part of a set of triplets, adopted separately. The year was 1980, and the discovery was made when one of the triplets happened to transfer into a college where everybody seemed to recognize him. The subsequent reunion with what he assumed to be his twin resulted in press coverage ... causing the third triplet to surface.

Already, this is interesting in all kinds of ways. The triplets were identical and had a lot of habits and preferences in common, similarities they played to the hilt in the midst of the media blizzard that followed. Indeed, they played up these similarities to themselves, seeming to glory in discovering their other two-thirds.

“Three Identical Strangers” starts off as a seemingly lighthearted recounting of a happy reunion tale, and then the edges of the frame turn dark, and the darkness moves in. It’s a documentary that will inspire lots of reflection and wonder. But it’s also illuminating, in that however misguided and cruel that study was — incidentally, the study was never published — we do come away with a deeper understanding of both the importance of nature and the awesome importance of loving, sensitive parenting.