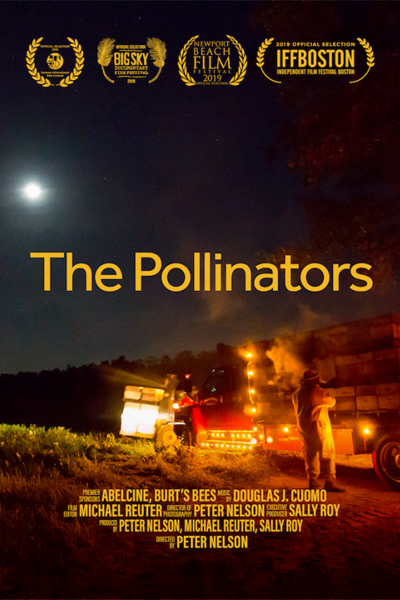 Every year, migratory beekeepers transport tens of billions of bees from coast to coast in a unique annual migration that’s indispensable to the pollination of our crops and the feeding of America.

From the massive almond crop in California, to apples in the Pacific Northwest, blueberries in The Carolinas, and cranberries in Massachusetts, our tireless friends are responsible for pollinating the crops that make one out of every three bites we eat possible.

However, beekeepers are profoundly anxious about the alarming pace of bee losses, which now average 40 to 60 percent every year.

The Pollinators takes us along on this amazing caravan, stopping along the way to talk to farmers, scientists, chefs, and academics who describe the numerous modern threats to bees, what their loss means to our food security, and how we can tackle the problem.