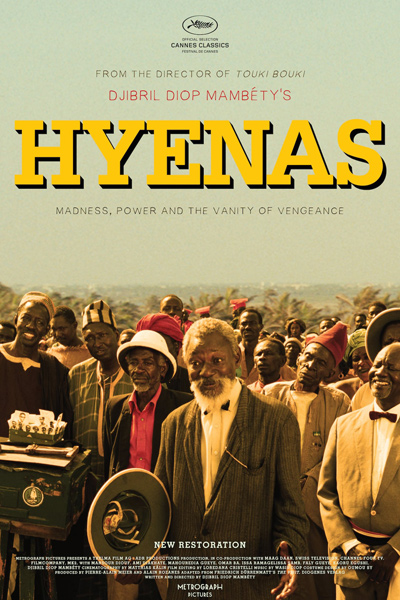 The village of Colobane, devastated by drought and unemployment, sees sudden hope for the future with the arrival of a former citizen, Linguère Ramatou (Ami Diakhate), who left her hometown when still a young woman, but now returns with a great fortune. The grocer Dramaan Drameh (Mansour Diouf), one of Colobane’s leading citizens and Ramatou’s former lover, is selected to lead a welcoming committee, but after a seemingly tender reunion to the two, Ramatou reveals the true depths of her bitterness towards Dramaan Drameh, who impregnated her and denied his responsibility, resulting in her being sent into an uncaring world where she had to turn to prostitution to survive.

She offers the villagers a hard deal: One hundred billion dalasis (Gambian currency) in exchange for the death of Dramaan Drameh. The citizens of Colobane refuse, but as the village is flooded with consumer goods, they are driven deeper and deeper into debt, forcing them to make a hard collective decision. Will it be the money, or Dramaan Drameh’s life?