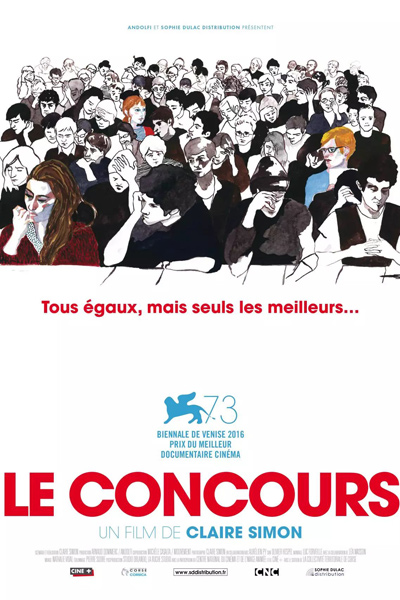 The Graduation captures the selection process for students at the famous Parisian film school La Fémis, showing us how successful candidates get to follow in the footsteps of such luminaries as Louis Malle, François Ozon and Alain Resnais, all of whom attended this prestigious institution. Stumbling over their words, the often-nervous candidates seem vulnerable when confronted with the veterans of the industry, who have the difficult task of discovering true talent among all these eager young people.