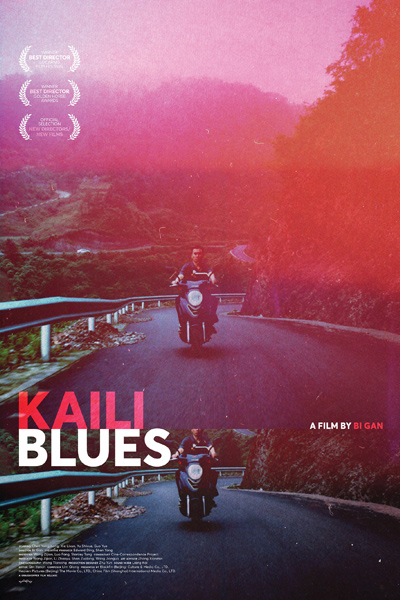 Kaili Blues, an eccentric, remarkably assured first feature by the young Chinese director Bi Gan, is both the most elusive and the most memorable new movie that I’ve seen in quite some time—“elusive” and “memorable” being central to Bi’s ambitions.

Predicated on time travel but hardly science fiction, the film is set in and around Bi’s native Kaili, a city in China’s south-central Guizhou province, a region of subtropical highlands that is home to the Miao people, a minority that shares cultural affinities with the Hmong of Indochina. The protagonist, Chen, an ex-convict perhaps fifty years old, now working in a modest medical facility in Kaili, takes it upon himself to rescue his feckless half-brother’s young son Weiwei, who may have been sold into servitude to a clockmaker in a nearby village.

Plot is secondary. Bi, who was twenty-six when he made Kaili Blues, seems primarily concerned with developing a film language that treats memory as a tangible thing. Objects here are pieces of time. In addition to searching for the boy, Chen agrees to look up a man who had once been his elderly co-worker’s lover and present him with several remembrances—including a shirt that had long ago been intended as a gift and a tape cassette of old pop songs. Bi is hardly the first director to dramatize temporal space or to seek to replace chronology with simultaneity. Alain Resnais and Chris Marker come immediately to mind. Bi is, however, less analytical and more intuitive. Kaili Blues is prefaced with a quote from the Diamond Sutra to the effect that Everything is Now. Past thought cannot be retained, future thought cannot be grasped, and present thought cannot be held. Go with the flow. It’s a fair warning.