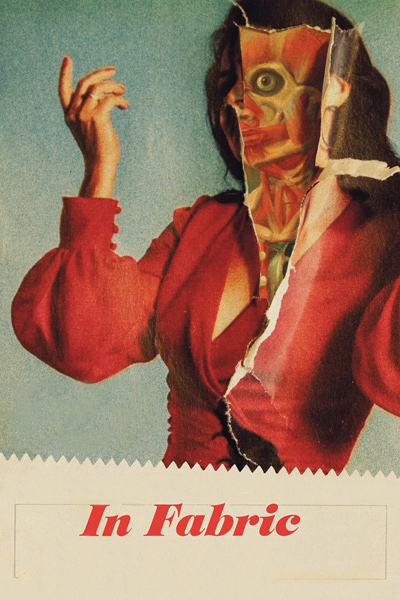 A lonely woman (Marianne Jean-Baptiste), recently separated from her husband, visits a bewitching London department store in search of a dress that will transform her life. She’s fitted with a perfectly flattering, artery-red gown—which, in time, will come to unleash a malevolent curse and unstoppable evil, threatening everyone who comes into its path.

From acclaimed horror director Peter Strickland (the singular auteur behind the sumptuous sadomasochistic romance The Duke of Burgundy and auditory gaillo-homage Berberian Sound Studio) comes a truly nightmarish film, at turns frightening, seductive, and darkly humorous. Channeling voyeuristic fantasies of high fashion and bloodshed, In Fabric is Strickland’s most twisted and brilliantly original vision yet.