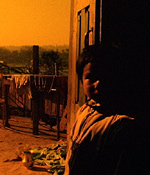 The Grillo family, the Goldfarb Foundation, and the University of Colorado Film Studies Department present the Student Awards Showcase, offering grants to CU Film Studies students enrolled in core production classes. Benefactor, filmmaker and actor/teacher, Peter Goldfarb, funds the Goldfarb Awards ($5,000), while the Grillo Awards ($12,000) are drawn from a University of Colorado Foundation fund set up in the early '90s by the founder and former chair of the CU Film Studies Department, Virgil Grillo (1938-1994), whose dedication and vision helped shepherd Film Studies from its modest beginnings in the 1970s to an undergraduate degree program boasting over 500 majors. Awards are determined by a panel of judges made up of CU Film, Studies faculty, outside professionals, and a Grillo family member. The award winning films will be shown in tonight's program.