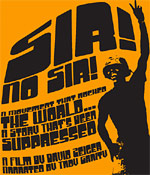 Because it's bolstered by proud memories of Vietnam vets who turned against the war, "Sir! No Sir!" rings with an exultant, even elated tone. Documaker David Zeiger ("Senior Year") sacrifices some depth and detail for a panoramic view of the organized antiwar movement among vets, providing a gallery of warriors unlike those associated with combat valor.

According to some of the more than two dozen onscreen participants, soldiers generally backed the Vietnam war until North Vietnam's 1968 Tet Offensive exposed the U.S. mission as fatally flawed. This coincided with a further rise in the already well-developed antiwar movement at home, as well as a wave of domestic and racial unrest and political assassinations.

What "Sir! No Sir!" crucially restores are many specifics of the troops' resistance, even as it dispels myths regarding rifts between vets and civilian protestors. Still, it's group actions that best capture the period's collective spirit -- a loose network of vet-published underground antiwar newspapers or accounts of open defiance of authority in the field.

Clips from the "Winter Soldier" hearings organized by Vietnam Veterans Against the War (and employing footage from the stunning and long unseen docudocu of the same name) provide only a glimpse into the hearings' accounts of savagery that far surpass the worst atrocities at Abu Graibh. (R. Koehler, Variety)