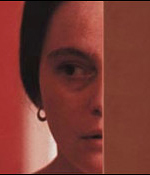 Ingmar Bergman's dream play is set in a manor house at the turn of the century where a spinster in her late 30s (Harriet Andersson) is dying. Her two sisters (Ingrid Thulin and Liv Ullmann) have come to attend her, and they watch and wait, along with a peasant servant (Kari Sylwan). The movie is built out of a series of emotionally charged images that express inner stress, and Bergman handles them with the fluidity of a master. Superbly photographed by Sven Nykvist in a style suggesting Edvard Munch, and with blood-red backgrounds, the film is smooth and hypnotic; it has oracular power and the pull of a dream. Yet there's a 19th-century dullness at the heart of it. Each sister represents a different aspect of woman—woman viewed as the Other—and the film mingles didacticism with erotic mystery. With Erland Josephson as the doctor, and Anders Ek as Isak. (Pauline Kael)