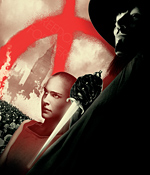 Passes for this free screening can be picked up in the Film Studies reception office in Macky 118. Passes do not guarantee admission as all seats are given up on a first-come, first-serve basis - please arrive early.