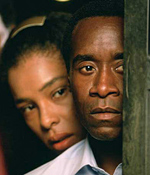 To better familiarize students and members of the Boulder community with the story behind Paul Rusesabagina, CEB will screen a complimentary showing of the highly-acclaimed film Hotel Rwanda, which features Don Cheadle as Paul Rusesabagina during the 1994 Rwandan genocide.