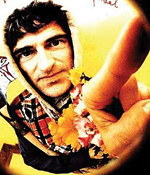 When he leaves the orphanage, Bernie Noel is thirty years old and has one thing on his mind: finding out where he came from. This is how a journey full of pitfalls begins for this neurotic guy, who will end up wreaking havoc wherever he goes.