From the director of Hedwig and the Angry Inch 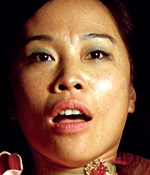 Writer-director John Cameron Mitchell followed up his acclaimed rock 'n' roll musical with a refuge for New York's open-minded souls, and while all kinds of naughty things go on within its walls, it's ultimately a humane and welcoming place for all. (R. Thomas, Capital Times)