Ice Fest: Kurosawa in the Steppes 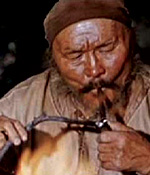