Intimate Turkish Drama Centers on Rituals and Comings of Age 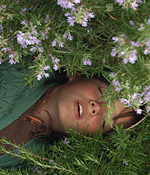 Life is composed of small truths rather than great events in Turkish stunner "Times and Winds," a hypnotic portrait of village life -- largely through the eyes of three youngsters -- that packs a poetic-spiritual punch way beyond its placid surface. Beautifully lensed in widescreen, without exoticizing the simple, rural subject-matter, this fourth feature by director Reha Erdem deserves quality fest platforming prior to niche theatrical and small-screen dates. By any country's cinematic measure, this is a considerable achievement.

Seven years ago, writer-helmer Erdem made the entertaining and inventive parable "Run for Money," about an Istanbul shop owner whose life disintegrates when he happens across a stash of dollar bills. "Times and Winds" (previously known as "5 Times," translating its Turkish title) is equally precise at scripting and tech levels, though very different in its setting and emotional temperature.

Though set in a hard-scrabble, hillside village -- shot near Ayvacik, just south of Troy, on Turkey's northwest coast -- film celebrates not the aridness or despair of the people's lives but their hidden desires and dreams, regulated by nature, the seasons and the metronomic beat of the calls to prayer that divide their days into five sections.

Cross the rural observation of Gyorgy Palfi's Hungarian "Hukkle" (2002) with the deeply spiritual feel of Peter Hall's Brit-village study "Akenfield" (1975), and you're halfway to "Times and Winds." Use of churning, chordal extracts from string works by Arvo Part (including his "Te deum") carry the same emotive power as Michael Tippett's string music in the Hall movie.

Three main characters are all aged around 12 or 13: Omer (Ozkan Ozen), whose father is the local imam (Bulent Emin Yarar), his best pal Yakup (Ali Bey Kayali) and a girl, Yildiz (Elit Iscan). When not being scolded by their parents, or at the school run by a beautiful, graceful teacher (Selma Ergec), the kids hang out in the hills, chatting, dozing in the summer heat or mixing with an older shepherd boy, Davut (Tarik Sonmez).

Omer resents his father's strictures and fantasizes about ways to get rid of him. Yakup, who secretly fancies the schoolteacher, also turns against his dad when he finds the latter spying on the young woman. Yildiz is a young woman in bud, helping out mothering her baby brother but also disturbed when she sees her parents making love one night.

Pic's content sounds like a recipe for boredom, but Erdem's calculated juggling of small events creates an atmosphere of much more going on than is actually shown on screen. When Yildiz has a small accident some 75 minutes into the film, it's a shocking event -- partly because Erdem catches the viewer by surprise. From that point on, pic develops a growing tension of other things that may or may not happen.