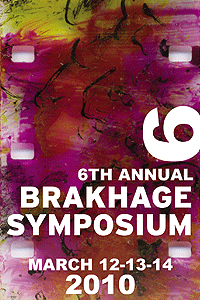 A weekend dedicated to the exploration of new ideas in cinema. Guest curator Ed Halter explores the role of repetition/reuse/and the remake in contemporary artists’ works. CU faculty Christina Battle and Jennifer Peterson investigate the relationship of the amateur and the Avant-Garde. Presenters will include Annette Michelson and Andy Lampert. There will also be a program of home movies from the collection of the Academy Film Archive, presented by archivist by Lynne Kirste, as well as a number of short works programs (films, videos, and installations). Visit the Brakhage Symposium page for more info