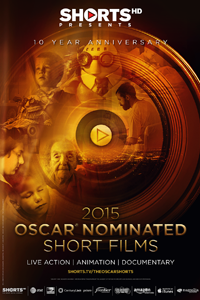 JOANNA (40 mins) - As she faces a terminal illness, the mother of a young son writes a blog in which she tries to leave a record of what she hopes to teach him.
INTERMISSION (5 mins)

WHITE EARTH (20 mins) - Three children and an immigrant mother face a long and difficult winter in North Dakota, which has attracted many people seeking work during an oil boom.

LA PARKA (THE REAPER) (29 mins) - For the past 25 years, Efrain has worked in a slaughterhouse, where he has developed an intimate relationship with both death and what one must sometimes do to live.

NASZA KLATWA (OUR CURSE) (27 mins) - A mother and father face the difficulties of caring for a baby who has been born with a life-threatening congenital breathing disorder known as Ondine's Curse.