Another Corleone: Another Sicily 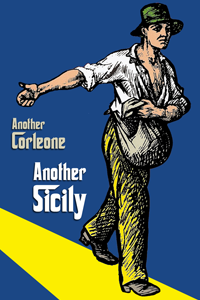 Anthony Fragola documents the island’s anti- Mafia movement, focusing on the land confiscated from the Mafia in the area of Corleone, the town made famous, or infamous, by Francis Coppola’s THE GODFATHER and shows the realities of this heroic struggle of the Sicilian people to reclaim their land. Q&A session after the screening.

Another Corleone: Another Sicily