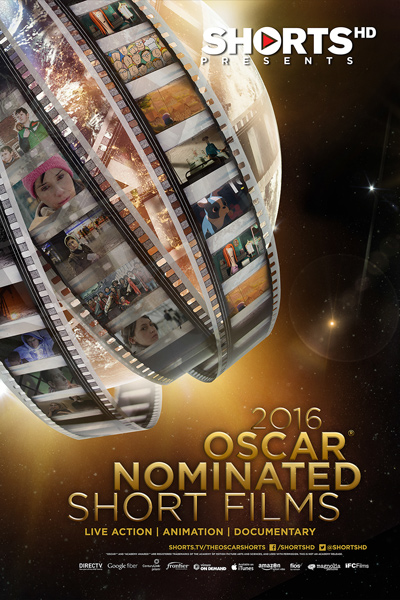 The DOCUMENTARY shorts program runs three hours long, with each short normally clocking in roughly 30 mins. We'll be providing an intermission at every show, and customers are welcome to come back on a different day if they'd like to split the experience in half.

Synopsis: BODY TEAM 12 is tasked with collecting the victims at the height of the Ebola outbreak. These body collectors have arguably the most dangerous and gruesome job in the world. Yet despite the strain they emerge as heroes while the film explores their philosophy and strength. The story is told on the ground in Monrovia, Liberia through the eyes of the only female member of the team, who reveals the heartbreaking, lifesaving work of removing bodies from loved ones in order to halt transmission of the disease.

A Girl in the River: The Price of Forgiveness – dir. Sharmen Obaid-Chinoy, Pakistan, 40 minutes

Synopsis: Every year, more than 1,000 girls and women are the victims of religiously motivated honor killings in Pakistan, especially in rural areas. Eighteen-year-old Saba, who fell in love and eloped, was targeted by her father and uncle but survived to tell her story.

Synopsis: When Bill Babbitt realizes his brother Manny has committed a crime, he agonizes over his decision; should he call the police? LAST DAY OF FREEDOM is a richly animated personal narrative that tells the story of Bill’s decision to stand by his brother, a veteran returning from war, as he faces criminal charges, racism, and ultimately the death penalty. This film is a portrait of a man at the nexus of the most pressing social issues of our day; veterans’ care, mental health access and criminal justice.

Synopsis: Chau, a teenager living in a Vietnamese care center for children born with birth defects due to Agent Orange, struggles with the difficulties of realizing his dream to become a professional artist and clothing designer. Despite being told that his ambitions are unrealistic, Chau is determined to live an independent, productive life.

Synopsis: Thirty years after the release of the documentary SHOAH, filmmaker Claude Lanzmann discusses the personal and professional difficulties he encountered during the more than 12 years it took to create the work. Lanzmann also discusses his relationships with Simone de Beauvoir and Jean-Paul Sartre, and his teenage years spent fighting in the French Resistance during World War II.