Alice in the Cities 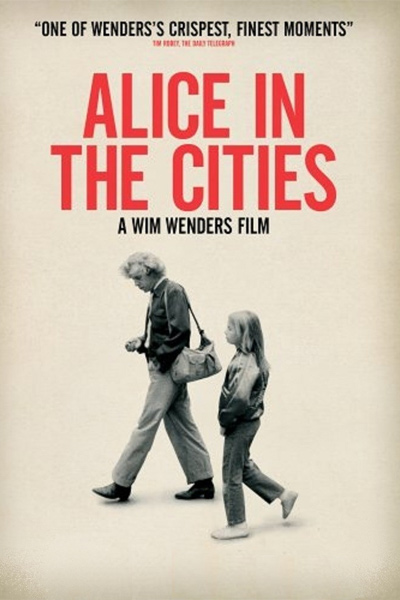 Technically, Alice in the Cities is Wenders’s fourth film, but he often refers to it as his first, because it was during this film that he discovered the genre of the road movie. (It would later become the first part of his road movie trilogy, along with Wrong Move and Kings of the Road.) It was also his first film to be shot partly in the U.S. and the first to feature his alter ego, Philip Winter (Rüdiger Vogler). Alice is often compared with Charlie Chaplin’s The Kid. In 1974, it won the German Critics Prize.

The German journalist Winter wants to write a story about America but is unable to accomplish anything but a series of Polaroids before disappointedly beginning his journey back home. At the same time, he reluctantly agrees to take little Alice (Yella Rottländer) with him, because her mother (Lisa Kreuzer)—whom he meets in New York on the day before his departure—has urgent business to take care of there. In Amsterdam, the mother then fails to appear as they agreed, so Winter and Alice set out to try to find Alice’s grandmother in the Ruhr region. During their search together, their initial mutual dislike gradually transforms into a heartfelt affection.

Alice in the Cities