Arabian Nights: Volume 3 - The Enchanted One 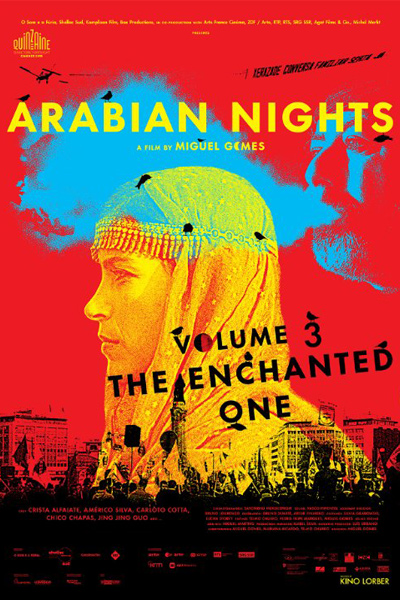 Arabian Nights: Volume 3, The Enchanted One -- In which Scheherazade doubts that she will still be able to tell stories to please the King, given that what she has to tell weighs three thousand tons. She therefore escapes from the palace and travels the kingdom in search of pleasure and enchantment. Her father, the Grand-Vizier, arranges to meet her at the Ferris wheel and Scheherazade resumes her narration: O auspicious King, in old shanty towns of Lisbon there was a community of bewitched men who, with all dedication and passion, devoted themselves to teaching birds to sing... And seeing the morning break, Scheherazade fell silent.

Arabian Nights: Volume 3 - The Enchanted One