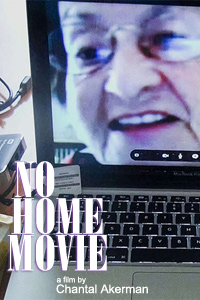 Akerman challenges people on a primal level and brings us into her world, and through her challenging form allows us to understand her fragmented understanding of home— not a physical space, but a subjective experience wrought with insecurities, fears, and a vagabond spirit. For Akerman, home was her mother.