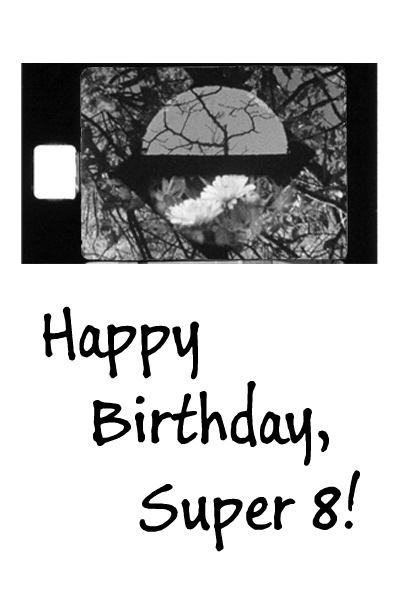 In celebration of the small-gauge film stock's big milestone, we'll be curating a screening that includes experimental s8 films from the past and present, including work by Saul Levine, Jeanne Liotta, Luther Price, & more! In addition to choosing films from the past, we are putting out a call for NEW s8 films that are under 4 minutes. Selected films will be eligible for awesome prizes!

The program will include