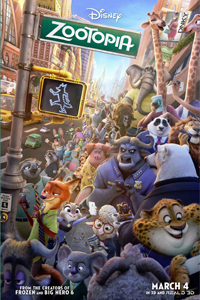 Lehtomaki joined Walt Disney Animation Studios in 2007 as an animation trainee in the talent development program. She’s contributed to a host of WDAS titles, including 0scar® winners "Paperman" and "Frozen," plus "Bolt," "Tangled," "Prep & Landing: Naughty vs. Nice," "Tangled Ever After" and "Wreck-It Ralph." Previously, Lehtomaki served as a junior animator on "Alvin & the Chipmunks" at Rhythm & Hues.

At age 3, Lehtomaki saw "Sleeping Beauty" for the first time; she was mesmerized by the sequence of Briar Rose in the forest. By age 5, she knew she wanted to be a "drawer" for Disney. In addition to completing Animation Mentor’s online character animation program, she attended the University of Washington, majoring in computer science, and took part in Disneyland’s College Program. Lehtomaki resides in Burbank, Calif.