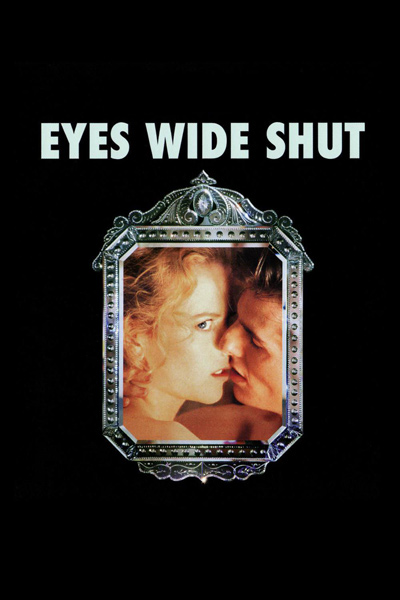 "Eyes Wide Shut," his first film since "Full Metal Jacket" 12 years ago, will have to stand as his final statement. It's as rich and strange and riveting as any journey he's taken us on, yet it's also familiar in a disquieting way. Kubrick's trademark lighting, his unique use of tracking shots, even the changing skin tones of the actors are instantly recognizable. So are the themes he chooses to explore.

"Fear and Desire" was Kubrick's debut feature film, and it could just as easily have served as the title of "Eyes Wide Shut." In the first scenes, he establishes an uneasy status quo between a long-married Manhattan couple, Bill and Alice Harford (played by Tom Cruise and Nicole Kidman), only to puncture it with a series of startling temptations and revelations.

She dances with a seductive older stranger, he is pursued by two young models simultaneously, but neither Harford succumbs. They end up in bed together, discussing the evening's possibilities in a marijuana-enhanced haze.

A medical doctor, he thinks the pot is making her aggressive. She wonders how he feels when he examines his female patients, then proceeds to tell him of an event from their past that amounted to a kind of adultery. The admission leaves him visibly shaken, uncertain where their marriage is headed.

After an episode in which a heroin-cocaine overdose interrupts a lavish Christmas party, it seems that every scene could be taking place in a different room of the grotesquely expansive Overlook Hotel from Kubrick's 1980 film of "The Shining." No matter where Bill turns, he finds himself facing distortion, betrayal, violence and sexual hunger.