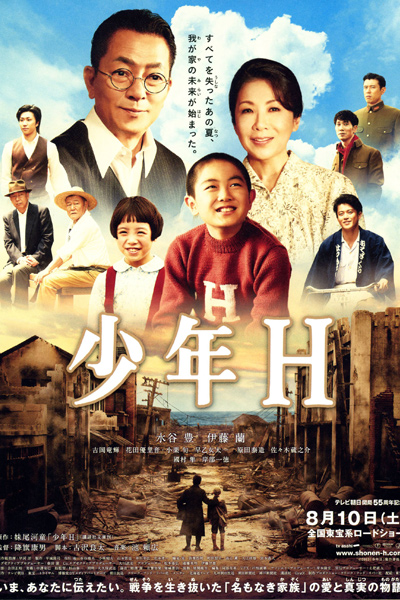 Family drama based on Senoo Kappa's autobiographical novel. Highlights the bonds within a tailor's family who maintain their convictions while surviving the volatile years leading up to and following World War II. Directed by Furuhata Yasuo, known for his collaborations with famed actor Takakura Ken.

Set in Kobe in the early Showa period. Hajime (Yoshioka Tatsuki), known as "H", is an intensely curious boy with a strong sense of justice. He grows up loved by his liberal father Morio (Mizutani Yutaka) and Christian mother Toshiko (Ito Ran), but the war soon casts its shadow on Hajime's life.