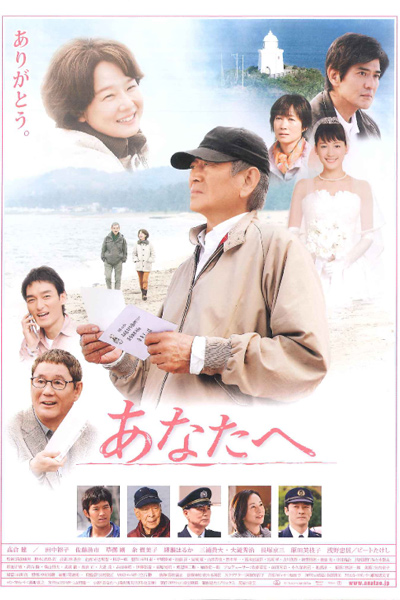 An official selection of the 36th Montreal World Film Festival. This road movie, which reunites Poppoya director Furuhata Yasuo and star Takakura Ken, gently depicts meetings and farewells between various people through the prism of a couple's deep love for one another.

One day, prison technical instructor Kurashima Eiji (Takakura) receives a letter. It was sent by his late wife Yoko (Tanaka Yuko), and simply asks him to travel to the sea near her hometown and spread her ashes there. In order to fulfill her wish, Eiji sets off on a journey to Yoko's hometown in Nagasaki.