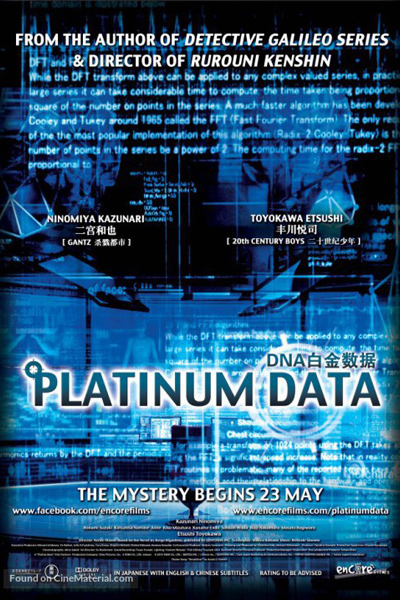 Sci-fi suspense depicting the dangers of information society, set in a near-future Japan that has adopted DNA investigation. Original story authored by Higashino Keigo, who has had a number of works adapted for film.

Metropolitan police department scientist Kagura (Ninomiya Kazunari) works on criminal investigations that utilize the public's DNA data. He has confidence in this investigation system, with a zero percent false charge rate, but one day his own DNA is detected at a murder site. Kagura knows nothing of the crime and flees, and is pursued by old-school detective Asama (Toyokawa Etsushi).