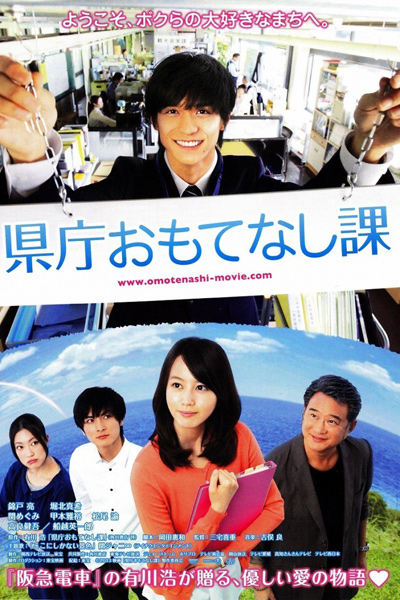 An adaptation of Kochi Prefecture native and bestselling author Arikawa Hiro's eponymous novel. Set in an actual Kochi Prefectural Government department, it is a refreshing tale of passionate men and women striving to promote their region that earned over 120 million yen at the box office in only its first two days of release.

Kakemizu (Nishikido Ryo), a young public servant working for the Kochi Prefectural Government, is transferred to its new "Hospitality Department" which aims to stimulate local tourism. After accepting some harsh advice from a homegrown writer named Yoshikado (Kora Kengo), he brings in the down-to-earth and imaginative Taki (Horikita Maki) as a part-time member of staff.