Kids Get in Free! 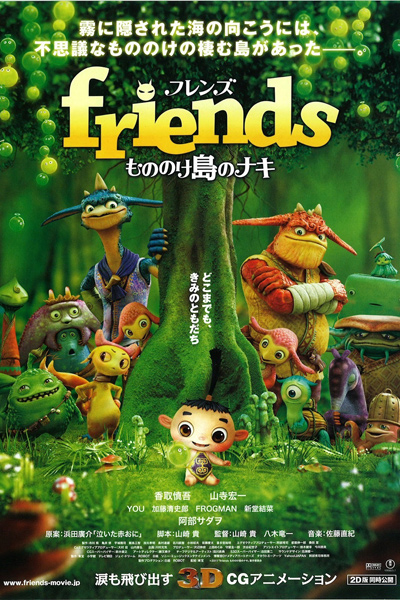 Yamazaki Takashi, known for the ALWAYS: Sunset on Third Street series, draws on his strength in CG for his first-ever 3D animation. Based on Hamada Hirosuke's nursery tale "The Red Devil Who Cried", used even in school textbooks, the film cutely portrays the interaction between monsters and human children. The human child Kotake (voice: Shindo Yuuna) wanders into the monsters island where red devil Naki (voice: Katori Shingo) and blue devil Gunjo (voice: Yamadera Koichi) reside. At first Naki and Kotake do nothing but argue, however before long they become fast friends.