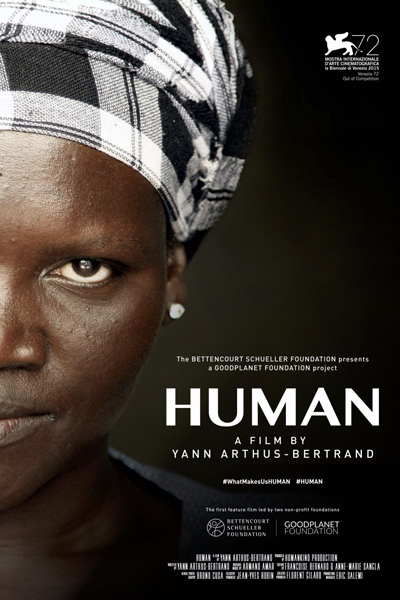 In his latest masterpiece Human, Yann Arthus-Bertrand sheds the light on hope. Perhaps it's the way the photographer-slash-environmentalist-slash-filmmaker photographs individual people in the same grandiose way he shoots majestical landscapes, or maybe it was the wisdom his team of journalists managed to extract from such diverse subjects as an African-American boy in jail for life, or a South American farmer, or an Israeli father who lost his daughter in suicide attack. I'm not sure, and I know I'll have to reflect on the film for months to come, to truly let it sink in and allow it to uncover within me the answers. — E. Nina Rothe, The Huffington Post