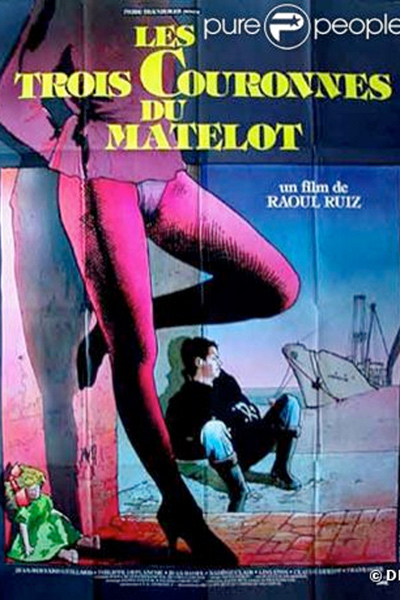 Made possible with the support of the Cultural Services of the French Embassy and Institut national de l'audiovisuel.
Raúl Ruiz’s dazzling opium dream of a film, Three Crowns of the Sailoris centered on an encounter between a student who has just committed a brutal murder and a drunken sailor who persuades the scared youth to accompany him to a nearby dance hall and listen to his macabre life story. Discovering that he’s condemned to remain the only living member of the crew, the sailor passes through a series of adventures in brothels and Latin American ports, all of which take place in a vividly surreal limbo world that Ruiz and master cinematographer Sacha Vierny (Hiroshima mon amour, Belle de jour) fashioned out of real locations in Paris and Portugal using a series of ingenious optical effects. “Paradoxes build on paradoxes and logic on illogic,” wrote Chicago Reader film reviewer David Kehr. “And yet the game has a serious end, building toward a world stripped of substance, in which everything signifies but nothing means.” An NYFF22 selection.