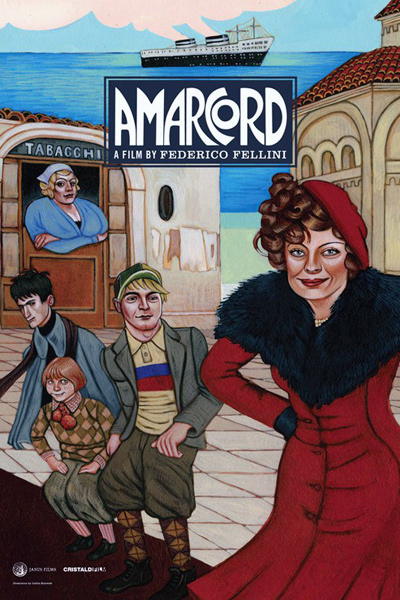 A carnivalesque portrait of provincial Italy during the Fascist period, Federico Fellini's most personal film satirizes his youth and turns daily life into a circus of social rituals, adolescent desires, male fantasies, and political subterfuge, all set to Nina Rota’s gorgeous, nostalgia-tinged score. Janus Films is proud to present this enduring classic in a new restoration, personally supervised by director of photography Giuseppe Rotunno.