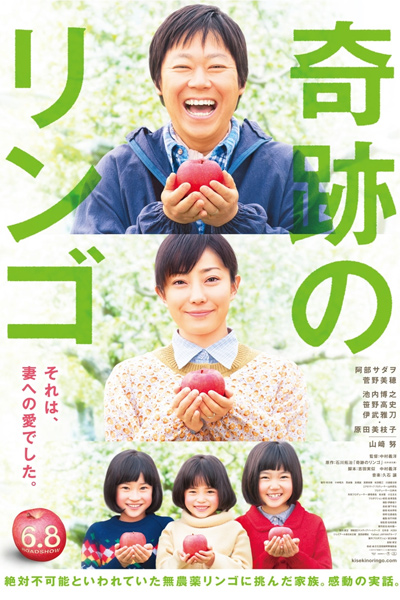 A touching film based on a true story about the hardships endured by a farmer who attempts to cultivate apples organically. Its director is Nakamura Yoshihiro, who rose to prominence with The Foreign Duck, the Native Duck and God in a Coin Locker and has continued to produce heartwarming dramas.

In Hirosaki in Aomori Prefecture, farmer Kimura Akinori (Abe Sadawo) vows to do the impossible and grow apples organically out of concern for his wife Mieko (Kanno Miho), who has grown ill due to agricultural chemicals. Despite the objections of others and his family's descent into abject poverty, Akinori devotes himself to cultivating the fruit.