With editor Adam Sekular in person 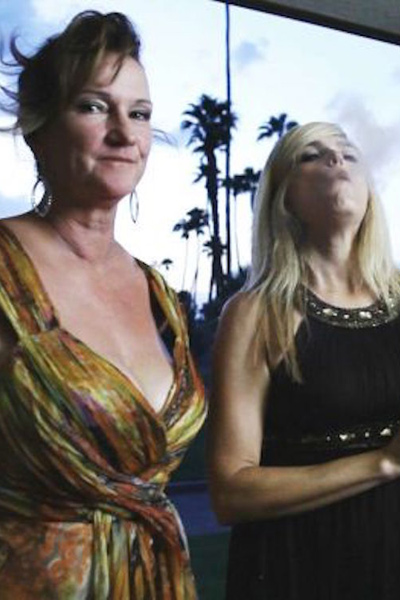 Nearly a decade after scoring a notable succes de scandale with Zoo — which chronicled a notorious case of inter-species sex — Seattle-based maverick Robinson Devor makes a belated, stimulatingly quirky comeback with multi-chapter documentary Pow Wow. Rather grandly subtitled "Ethnographic Encounters with the People of the Desert Empire (2010-2015)," it's a slickly-mounted glimpse into the colorful lives of various garrulous folk in southern California's Coachella Valley, an area best known internationally for the hugely popular music-festival which takes place there each spring. Bowing in the rewardingly edgy "Signs of Life" sidebar at Locarno, this idiosyncratically droll dispatch from an intriguingly well-heeled and exotically desert-fringed region should have no difficulty racking up significant further festival play and small-screen exposure.

Devor's follow-up to Zoo was originally scheduled to be a fictional feature starring Michael Pitt. You Can't Win, a 1920s-set drama adapted from a cult-favorite memoir about the hobo underworld, was tipped for a slot at Sundance (where Zoo premiered) last year but remains embroiled in post-production difficulties. With Pow Wow, Devor again displays the fascination with marginal lives and oddball individuals that has marked his career all the way back to 1995's Angelyne and reached an early flowering with the superb, lightly fictionalized Police Beat (2005).

Over the course of fourteen short chapters, Devor bow delivers an impressionistic, elliptical tour of the Coachella area, circling but never quite penetrating the precincts of the district's largest settlement, Palm Springs. These environs have long been favored as a getaway/retirement spot for showbusiness types — briefly represented here by legendary Las Vegas comedian Shecky Greene, who's as ebullient dyspeptic as ever within sight of his 90th birthday. And while Devor's other interviewees may not be household names, they nearly all exude that charismatic confidence often to be found among those who elect to live on the frontiers of civilization.

As seen in Sean Kirby's spectacular cinematography — with judicious use of what looks like drone-mounted cameras — the desert is quite literally next door here. Pow Wow hits several atmospheric grace-notes in its depictions of the fabled "magic hour" in this extreme, often stunningly beautiful environment where the natural and the mad-made dramatically intersect. Certain themes, individuals and locations recur, including the hedonistic country club party which provides the title. Devor also draws repeatedly on the oft-recounted story of 'Willie Boy', the ill-fated Paiute whose 1909 flight from the law has already provided the basis for a notable cinematic comeback: Tell Them Willie Boy Is Here (1969), by the long-time-blacklisted Abraham Polonsky.

Shaped by editor Adam Sekuler, Devor's structure is — despite those too-frequent chapter-heading intertitles — somewhat loose and rangy, perhaps picking up on the non-linear "associative" ideas of time which at one point are mentioned as typical of Native American culture. The resulting polyphonic tapestry is guided by the principle, stated early on, that the "constant dialogue of the past and present about the future involves almost everything." He displays a relentless curiosity in tandem with an evidently sympathetic eye to human foibles and peccadillos, yielding numerous fleeting insights without ever really aiming to find a grand overall conclusion.