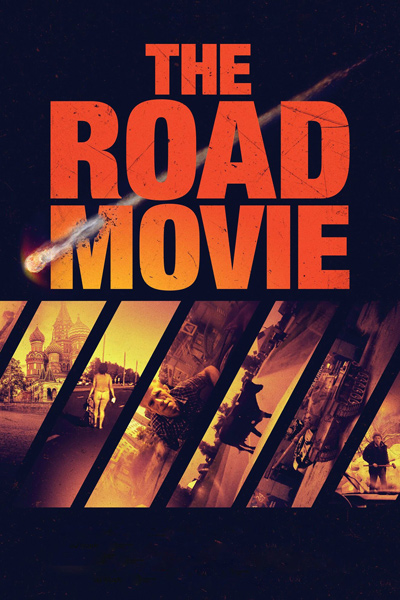 What is your worst car wreck nightmare? Is it a drunk or out-of-control driver who is speeding and suddenly swerves into your lane for a head-on collision? Or maybe it’s rounding a curve in the road too fast and breaking through the guard rail to land in the river below. Perhaps it is the unpredictability of an icy road where a speeding truck has jack-knifed and is now sliding sideways at 70mph toward your car. All of these and more are just a few of the accidents and mayhem on display in The Road Movie (2016), Dmitrii Kalashnikov’s compilation of car-cam footage from Russian drivers, which I saw at the November 2017 Virginia Film Festival in Charlottesville.

Distributed by Oscilloscope Films and scheduled for selected showings around the U.S. in 2018, The Road Movie deserves to be seen on the big screen where you will feel like a driver in a video game. Everything is seen through the front windshield and what a crazy world it is. The back roads and highways of Russia seem more like some wild west show. Anything can happen here and does like a parachutist who misses his mark and lands against the side of a barn after narrowly missing a passing car.

The car-cam has not yet become an American obsession but it became popular in Russia after a car-cam captured a meteorite streaking across the sky and landing in the Ural Mountains in 2013 (that footage is featured in The Road Movie). After that, many Russian cars had a camera mounted on the dashboard in hopes of capturing something equally extraordinary.

The film, which is edited together utilizing the best moments from hours of car-cam footage, is hard to categorize. It isn’t really a documentary but it isn’t a traditional narrative film either since it doesn’t have main characters or a storyline. In fact, you rarely see any of the drivers since the car-cam only captures what the driver is seeing from his point of view. However, you do get to hear the shocked, angry, bewildered or terrified comments from the drivers and passengers – in Russian with English subtitles – as all hell breaks loose before them.

You might think that one hour and seven minutes – the running time for The Road Movie – might get repetitive and tedious with one catastrophe after another but Kalashnikov has organized his film into thematic sections such as driving in snow, driving in flooding conditions or road rage encounters that keep things quirky and unpredictable. And there is an occasional montage like the one where numerous cars spin out of control and go into rollover wipeout mode.

Some of the footage is truly horrific and must have involved fatalities but The Road Movie doesn’t provide that kind of information as it jumps from one visually astonishing sequence to the next. One particularly harrowing segment tracks a car’s progress through a burning forest where flames and black smoke and charred cars on the roadside are all you can see through the windows.

There is also some unintentional hilarity such as a woman refueling her car at a gas station and stupidly igniting the gas tank with her cigarette or a certifiable lunatic who jumps on the hood of a moving car and struggles to stay on while yelling obscenities at the terrified driver.

I’m not sure you can draw any deep political or sociological insights about Russia and its people from watching The Road Movie but it definitely does not make a very appealing tourism hook for visiting their country. In some ways though, I think it might be the perfect midnight movie and it would pair up nicely with a few of those grisly driver ed shorts from the fifties and sixties like Signal 30 (1959) and Highways of Agony (1969) or maybe even Bret Wood’s excellent documentary on that genre, Hell’s Highway: The True Story of Highway Safety Films (2003). — Jeff Stafford, Cinema Sojourn