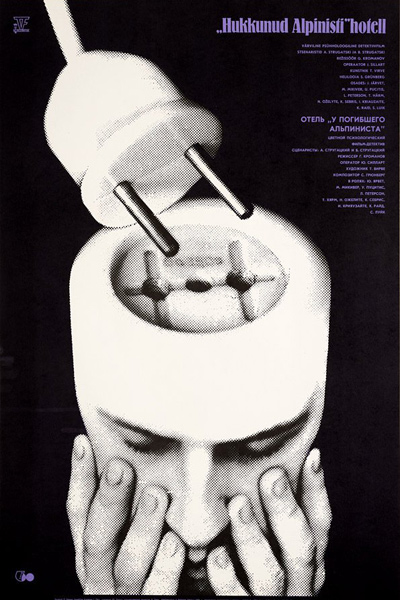 A classic of Estonian cinema, this film is based on one of the brothers’ most surprising and entertaining novels, which finds them combining science fiction tropes with the structure and trappings of the detective novel. Policeman Peter Glebsky receives an anonymous call from the Dead Mountaineer’s Hotel in the Alps and soon travels there himself. Soon an avalanche has cut the hotel and its bizarre group of guests off from the rest of the world, and odd things start to happen. Glebsky takes up his investigation, but his rather inflexible methods shed little light on the strange goings-on. Glebsky, who subscribes to the idea of law and order, and the measurability of all things, finds himself facing a world of the supernatural and the indefinable.