Free for all kids! 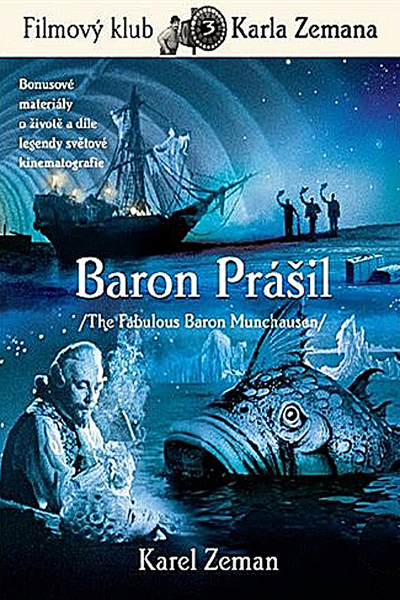 The digital restoration of the film 'The Fabulous Baron Munchausen' / 'Invetion for Destruction' is a part of the project “Restoring The World of Fantasy”. Project partners are The Czech Film Foundation, The Karel Zeman Museum and Czech Television in cooperation with Universal Production Partners with the financial support of the Ministry of Culture of the Czech Republic and with support of The Minister of Culture of Czech Republic Mgr. Daniel Herman.
Of all the takes on the oft-filmed debonair teller of outlandish heroic tales introduced to the literary world in Rudolf Erich Raspe’s Baron Munchausen’s Narrative of his Marvellous Travels and Campaigns in Russia (1785), Karel Zeman’s remains the most novel, formally and narratively. With its imagery tinted like Victorian postcards and with colour applied with Expressionistic gusto, it’s surely the most beautiful, too, as it melds live-action with cut-out and other forms of animation, rhyming all awhile with a dreamlike Zdeněk Liška score.