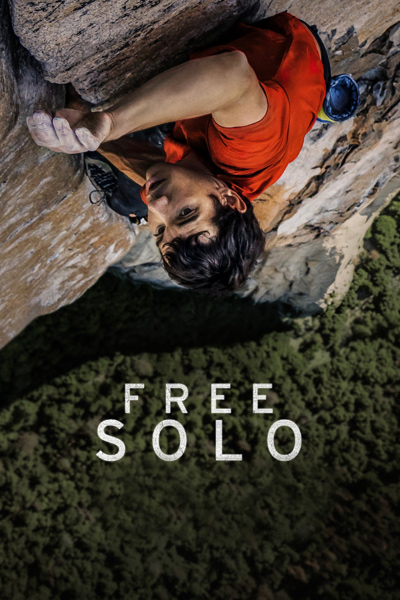 When doctors hooked Alex Honnold up to an MRI, they found limited activity in the amygdala, the brain’s emotional center. He’s a man needing more than daily life to activate him. And so he climbs. Already one of the most celebrated rock climbers in history, Honnold sets out on a multi- year journey to do the impossible: “free solo” El Capitan, the legendary 3,000-foot wall in Yosemite. To free solo means climbing without ropes. To climb without rope means that any mistake will be fatal. This vertiginous film, by Elizabeth Chai Vasarhelyi and Jimmy Chin, uses an entire arsenal of mountain-film tricks to capture each perilous step. But, as with their award-winning climbing film MERU, this is a film about much more than sport—the filmmaking team explores the calculus of risk in our lives, revealing Honnold’s inner life and the powerful arrival of love into his precarious world. - Telluride Film Festival program.