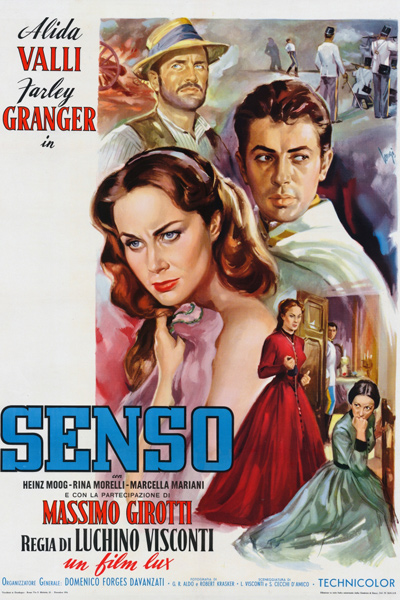 Against the backdrop of the Italian-Austrian war of unification, troubled Countess Livia Serpieri (Alida Valli) betrays her country for the love of an Austrian rogue, Franz Mahler (Farley Granger). As her resources dwindle, Livia comes to realize that their love might not be as pure as she thought.

"Visconti, who directed numerous operas in addition to his films, intended Senso as a kind of opera without arias — a story where outsized, out-of-control, over-the-top emotions were given their head." — Kenneth Turan, Los Angeles Times