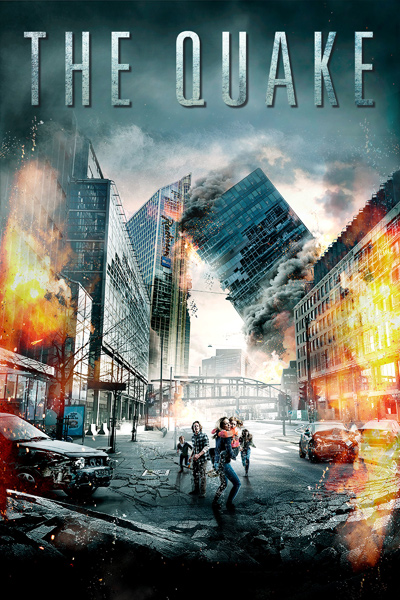 John Andreas Andersen’s The Quake, a sequel to the excellent 2015 Norwegian disaster film The Wave, should be required viewing for all of today’s Hollywood franchise jockeys. It shows you how to make one of these things without sacrificing your characters’ souls (or your own, for that matter).

In the earlier movie, the entire side of a mountain spectacularly collapsed into a fjord, setting off a massive, 250-foot tsunami that consumed the small picturesque town of Geiranger. When The Quake starts, the geologist who tried to warn everybody at the time, Kristian Eikjord (Kristoffer Joner), is now being hailed as a national hero — but even before he opens his mouth, we know that he’s still traumatized by the event, and by all the lives he couldn’t save. As we watch him prepare for a TV interview, our view is obstructed by a giant screen showing images of the devastation; he regularly seems dwarfed by everything around him, as if he might be losing his sense of self.

By the time the earthquake hits Oslo — and it is a truly impressive one, laying waste to everything in its path, taking out entire skyscrapers like they were discarded paper lanterns — Kristian has taken matters into his own hands, attempting to save his family, who are scattered all around town. This was pretty much the template for The Wave, too. As was the fact that, despite Kristian’s actions, things went spiraling out of control in all sorts of new, unforeseen ways. It’s both agonizing and invigorating to watch, a spectacle that is awesome and awful in equal measure.