The Daughter of Dawn 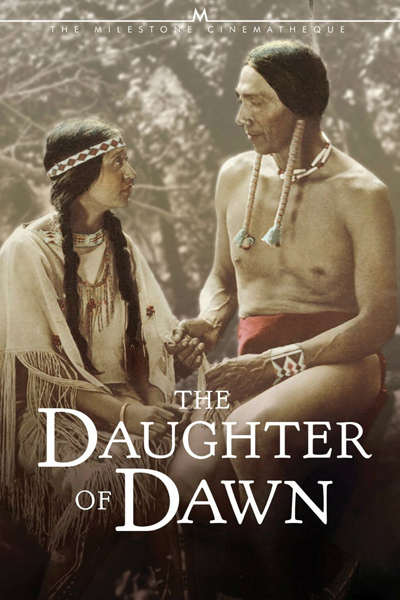 Daughter of Dawn told the story of a Comanche chief's daughter torn between two lovers, one wealthy but cowardly, the other poor but honest and loyal. A contest of bravery involving a dangerous jump off of a cliff reveals the true nature of each man. The cowardly lover disgraced by his failing defects to the rival Kiowa tribe and joins in a failed attack on the Comanche village. When the Comanches successfully repel the attack the Chief gladly sends his daughter off with her true love and the young lovers, paddling together in a canoe, sail into the proverbial sunset.

The Daughter of Dawn