Have You Seen My Movie? 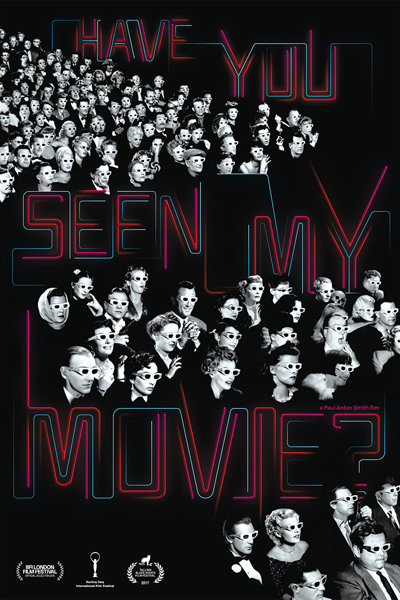 Told entirely with found footage, Have You Seen My Movie? is a love letter to the magic and power of cinematic experiences as shared by strangers in the dark. From the audience members’ rush to get seats to the cool command of the projectionistin the booth, director/editor Paul Anton Smith (assistant editor on Christian Marclay’s The Clock) tells the story of movie-going by turning the camera back on the audience. Smith uses iconic and obscure scenes from over a thousand movies of every genre, spanning 80 years of cinema, to hold up a mirror to all of the romance, mystery, and mayhem of our collective imaginations.

Have You Seen My Movie?